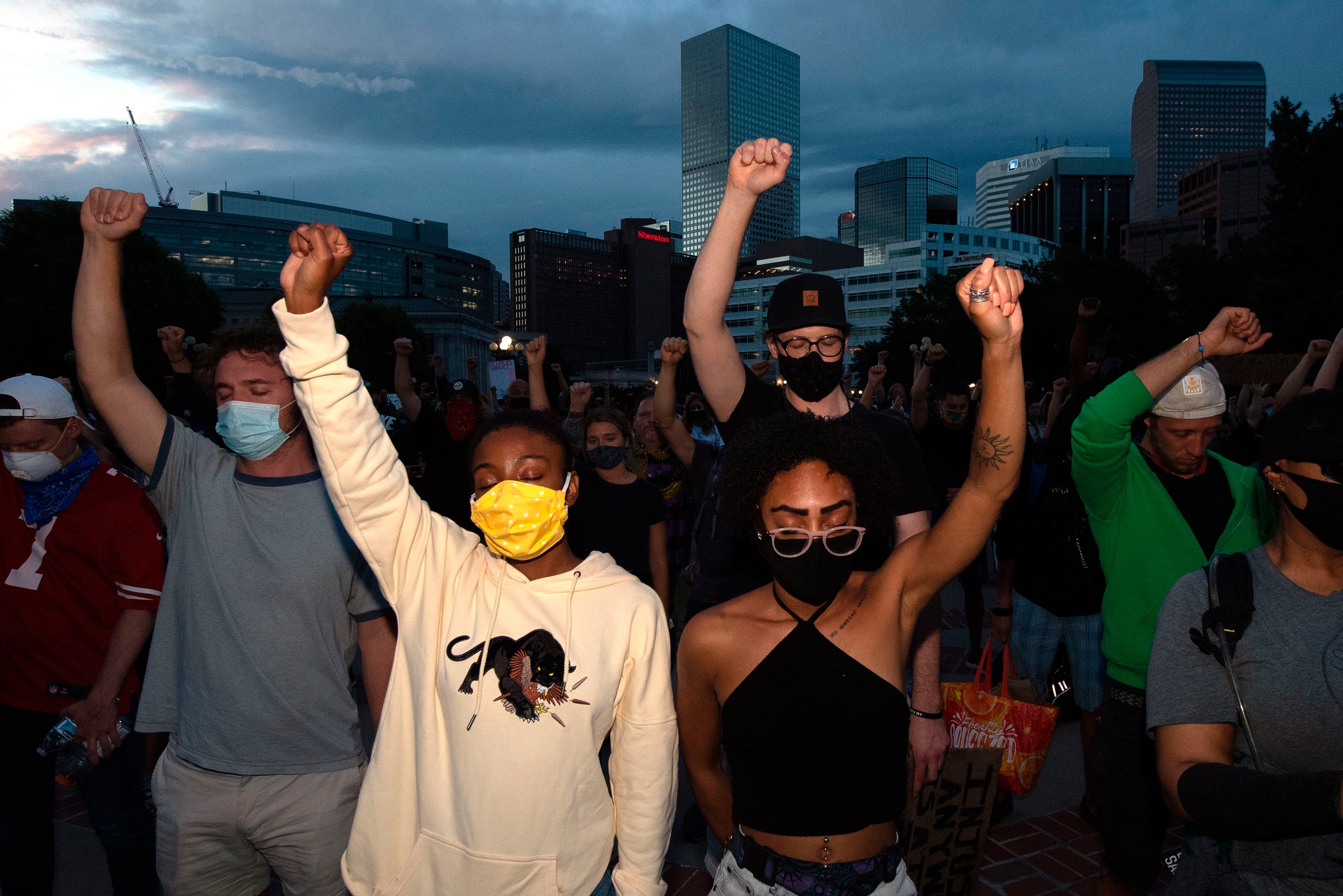 I was completely unable to look away, but terrified to look towards. I was stuck mid-scroll on Instagram, on this photo of Black bodies, doing what I’d seen our ancestors do in the face of injustice. This time, they were marching in the streets, protesting the killing of George Floyd and the endless police brutality before him. But this photo was different. It didn’t have the pieces that struck the chords of the protests in the ’60s or even the protests and riots in ’92 after the beating of Rodney King.

Brent Lewis is a photo editor based in New York City and the co-founder of Diversify Photo, a platform dedicated to showcasing the work of BIPOC photographers and providing editors with the resources to find talent that they might have missed.

The photo, from a photographer I follow in New York City, had a bar across the eyes of a protester, blurring his facial features. It removed the humanity of someone wanting to be seen and have his frustrations heard and turned them into a faceless Black body. A Black body with that same body language of vexation and anxiety, but nothing to humanize those emotions. Nothing to help connect them to someone who maybe didn’t understand why he was out there or who may have been there just to have some familiarity with the Black existence in general. It scared the hell out of me. Not for my own sake, but for how images like these would be perceived in the broader lens of America. And that was even before I put on my journalistic hat.

For the last month, a small but vocal portion of the internet has been calling for photographers covering the protests to blur or not show the faces of protesters, over safety concerns. This subset, which was shocking to me, isn’t really made up of protesters. It began when some Twitter users called out the fact that several protesters featured in identifiable photographs in 2016 had since died in questionable circumstances, or had disappeared. Soon after, the call to blur faces and hide the identities started popping up throughout social media (a lot of these commenters were younger and seemingly more ally than protester). These commenters don’t seem to understand the ethics of journalism, the power of the images, nor do they fully get the significance of these protests in the larger context that they play in the narrative of Black people rising up in this country. Yet, with the ability to spread information and a bunch of non-photojournalists looking for information as well as feeling the pressure from previously mentioned groups online, it began to happen.

A quick search on blurring photos of protesters will bring up a bunch of articles from outlets like TechCrunch, Mashable, Popular Science, The Verge, and WIRED explaining how to do this and why one should. But I beg to ask, has anyone actually spoken to protesters who are out there about what they are hoping to accomplish and how they would like to be viewed? Or are these “do gooders” just taking the thoughts of a few people who made it into their network and spreading that information as a monolithic truth that covers every lack protester out there, as if they all are not aware of what is at risk. There is power to the photo and there is power in numbers. Why would someone go through preparing to protest in the midst of a global pandemic, over an issue that has taken more Black lives over the last 200 years of modern policing than Covid-19 has taken, just to have their image blurred, hidden, whitewashed? (Go Google Frederick Douglas.)

If photographers blurred the faces of the marchers and protesters from the Civil Rights Movements, would the needle have moved as much in the 1960s? John Lewis and other protesters being beaten while marching on the Edmund Pettus Bridge in Selma, Black adults and children being sprayed with water hoses: What would these iconic, galvanizing images become if you couldn’t look into the eyes of the oppressed and feel what they were feeling? If you couldn’t recognize the humanity and perseverance they must have to put their lives on the line for a better, more equitable tomorrow?

The post Blurring Black Faces is Anti-Journalistic and Anti-Human appeared first on SuccessDigest.