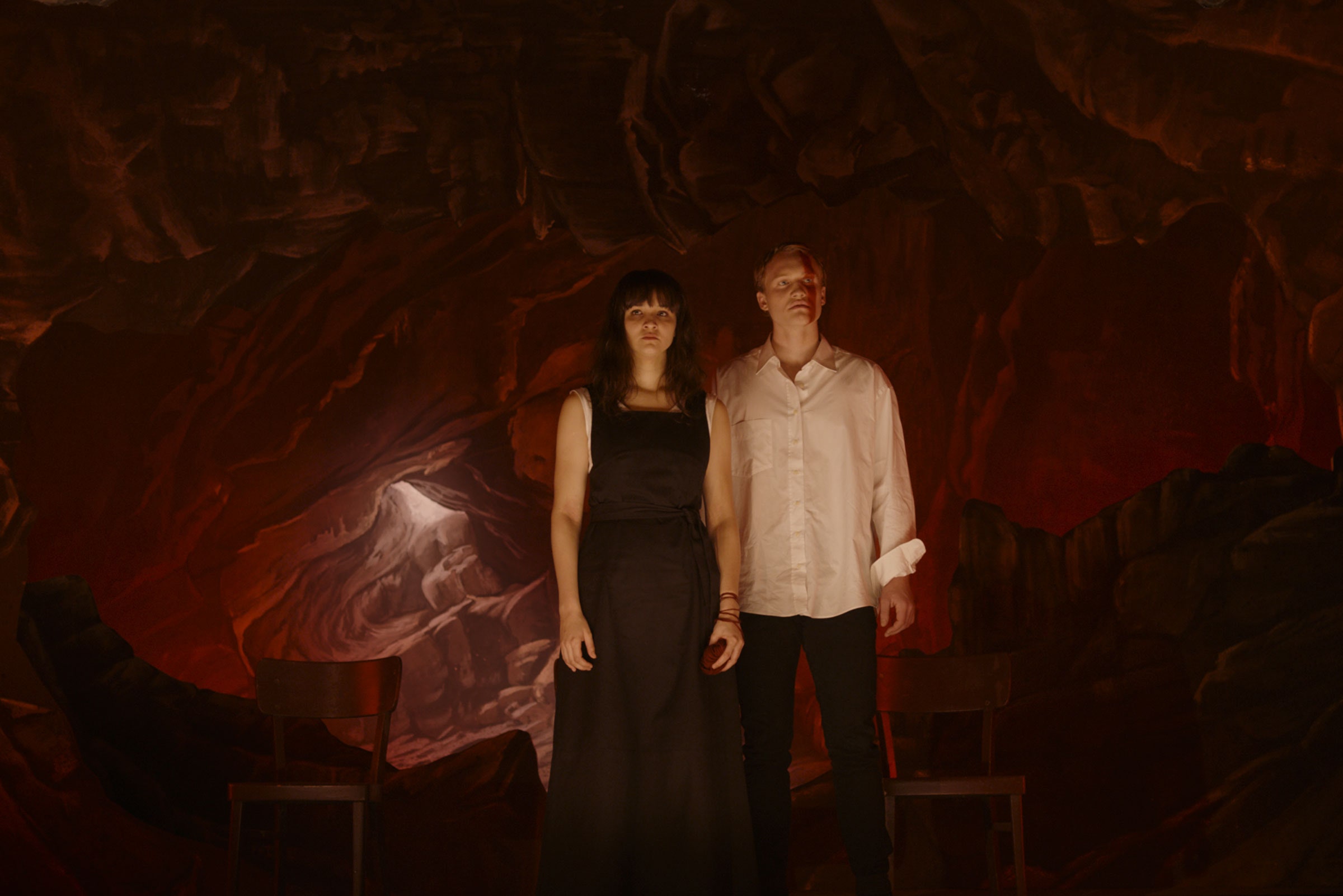 The German science fiction series Dark recently concluded its third and final season. Journalist Ruairi Carroll is a big fan of the show, though he was often flummoxed by its complex time travel plot.

“I would love to be in the writers room,” Carroll says in Episode 424 of the Geek’s Guide to the Galaxy podcast. “I have a picture in my head that there’s a huge whiteboard on the wall with arrows and pictures of people.”

Screenwriter Rafael Jordan was impressed that Dark was able to finish on a high note, in contrast to shows like Battlestar Galactica and Lost. “I have a few friends who were waiting until it was over,” he says. “They wanted my review. ‘Does it make sense in the end? Because if it doesn’t we don’t want to watch it.’ And I’m going to completely recommend it. I think they stuck the landing.”

But fantasy author Erin Lindsey felt that Season 3 spent too much time wrapping up loose ends rather than focusing on character development. “Nobody had any agency, among the main characters,” she says. “They’re just being led around by the nose, and they don’t change at all.”

Geek’s Guide to the Galaxy host David Barr Kirtley enjoyed the finale, but was surprised that it sidelined so many of the show’s major characters.

“It seems clear to me that you could push it even further, by having all the puzzle stuff that this does well—and the interesting characters and interesting world—and still have an emotionally satisfying climax that involves all the characters and makes their journeys all converge and make sense,” he says.

Listen to the complete interview with Ruairi Carroll, Rafael Jordan, and Erin Lindsey in Episode 424 of Geek’s Guide to the Galaxy (above). And check out some highlights from the discussion below.

“I didn’t have time to go back and watch Season 2, and I think this is a show where ideally you would watch Seasons 1-3 back-to-back. … It took me a little while to get back into Season 3, to try to remember who was what and where we left off. I’ve never been one for really doing deep dives outside of the actual show or book—I know you can go off on huge tangents on Reddit or YouTube. I’ve never really been one for that. I tend to just stick to the text as it’s given to us. But it was great to get back into this. I was just so happy to see it. But it is a real head-scratcher in some places, and I even noticed that before they kicked off the show, Netflix—on its official YouTube account—was putting up explainers to help you get back in.”

Erin Lindsey on Adam and Eva:

“You have Adam, who we are familiar with from Season 2, but then he’s got a counterpart Eva, who turns out to be future Martha in the alternate world, and they’re working as opposing forces. Adam wants the apocalypse to happen so that everything is wiped out and all of their eternal suffering is ended, and Eva wants to keep the loop going forever and ever. And this is the only place I can point to as kind of a failure of imagination—in my opinion—of the show, which is that the motivation they give Eva for this is that she wants to protect her child, which is a little bit lazy to me. Also her child is creepy as hell, and all he does, his entire existence, is murdering people at her behest. So what kind of existence is that?”

“I think [Season 3] held together impressively well as a puzzle, but I thought that as a piece of drama it kind of fell flat for me. I feel like the three seasons have pretty much the same approach, pretty much the same level of tension and action, and really if you take Creative Writing 101 they would show you Freytag’s Triangle with the rising action. I was expecting at the end of Season 2, when alternate-world Martha shows up looking kind of badass, like she’s an experienced time traveler, I was like, ‘OK, the pace is really going to pick up now. We’re heading into the home stretch.’ And then so much of Season 3 is filling in ‘here’s how Peter met Charlotte’—things that I don’t care about at all.”

“I don’t see how [Michael’s suicide] is necessary for Mikkel to go back in time. The only thing is Mikkel going through the cave somehow involved a younger Jonas absconding with him, which maybe wouldn’t have happened if Michael hadn’t killed himself? But it’s the sort of thing where, if the answer is that simple, I feel like in the suicide note Michael should have just said, ‘I’m sorry to leave you, but this is necessary for you to exist.’ Something where I wasn’t wondering about it for 27 episodes, and then it turns out to be the same ‘it had to happen that way’ logic that applies to everything in the show. … There are a bunch of things like that where I just wish some character had said, ‘This is why I’m doing this.’ Like Helge with the coins or Noah kidnapping the kids.”