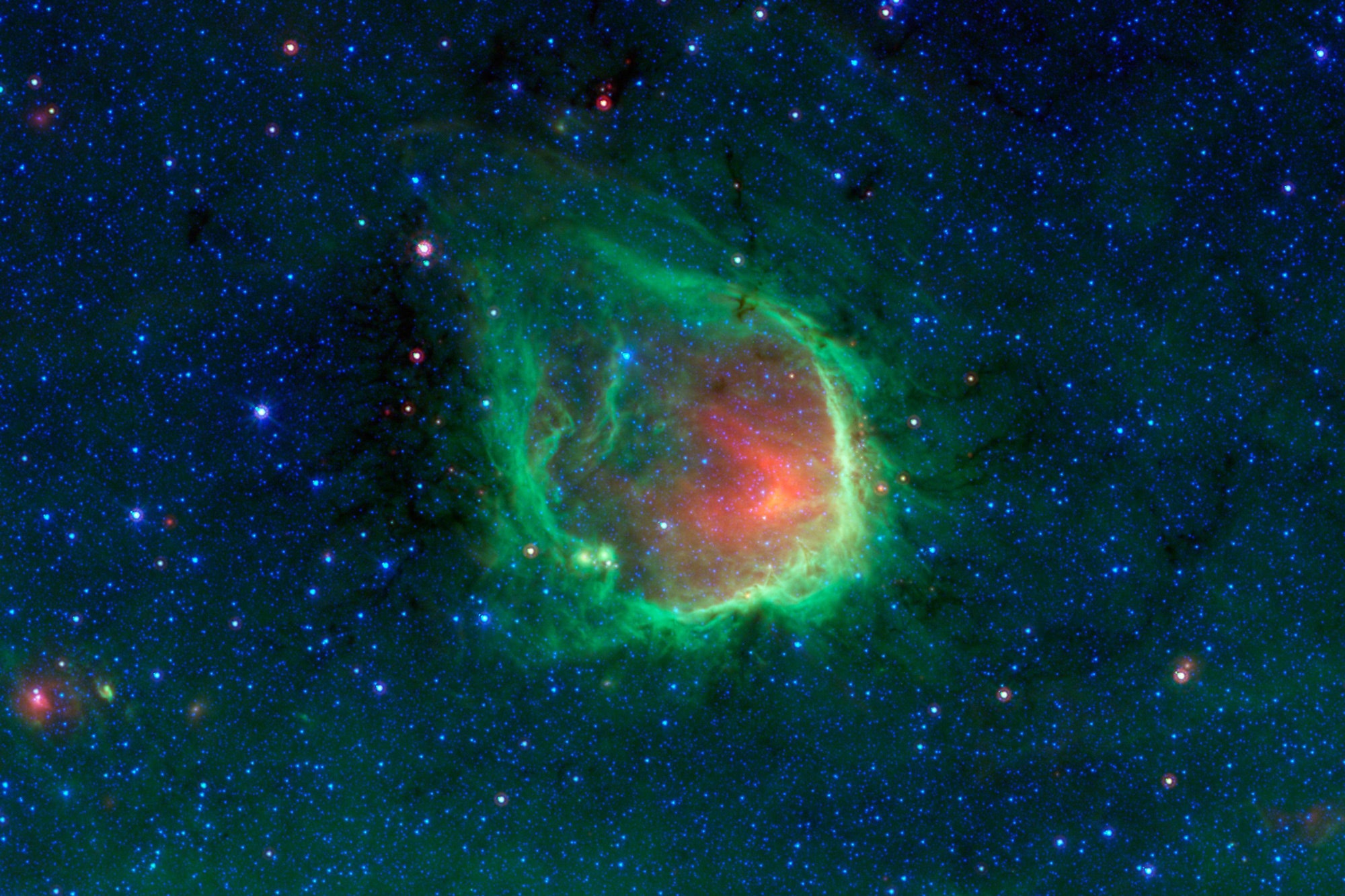 Spitzer fundamentally changed our view of the universe, but the telescope’s days were numbered from the start. To measure ultra-faint temperature variations across light years of space, Spitzer itself had to be kept very cold. It traveled to space with a six-year supply of liquid helium that would keep the scope just a few degrees above absolute zero. When the helium ran out, Spitzer’s mission would come to an end. Even if NASA had packed more helium for the trip, the telescope’s unusual Earth-trailing solar orbit means that it drifts about 10 million miles away from home each year, which makes data transfer increasingly challenging.

But, as Werner says, “nature was kind to us.” When Spitzer’s helium supply ran out in 2009, the freezing temperatures of interplanetary space kept the telescope cool enough to continue operating some of its instruments. This marked the beginning of Spitzer’s so-called “warm” mission, when the telescope was operating at a balmy -408 degrees Fahrenheit. The bonus mission extended the telescope’s life for another decade. Although it lost the ability to monitor some of the coolest objects in the universe, it could still observe relatively hot objects like distant galaxies, dust shrouded stars, and near earth asteroids.

Wednesday will mark Spitzer’s last day of data collection before NASA sends the command for the telescope to enter safe mode. Its final assignment is measuring the zodiacal light, a glow produced by sunlight that’s been scattered by dust. The last image Spitzer will deliver to Earth will be of a nebula lurking at the edge of our galaxy that is associated with the formation of massive stars.

“The observatory really feels like a member of the family, and it’s so sad to see its mission end,” says Lisa Storrie-Lombardi, who worked on the Spitzer team at Caltech for 20 years. “At the same time, there is so much to celebrate, as its accomplishments surpassed our wildest dreams.”

According to Werner, there were no technical limitations preventing Spitzer from continuing observations for at least another year. Instead, NASA retired Spitzer so its resources could be allocated to the agency’s next generation infrared observatory, the James Webb Space Telescope, which is about 1,000 times more powerful.

In many ways, Spitzer was a pathfinding mission for Webb, says Eric Smith, NASA’s James Webb Space Telescope program scientist. Webb has a more narrow view of the universe than Spitzer, but its improved suite of sensors means it will be able to conduct detailed observations of known exoplanets, many of which were discovered by Spitzer. Webb’s larger mirror means it will also be able to probe the early universe for signs of the first galaxies, a region of time and space that is beyond the reach of Spitzer’s instruments.

NASA expects the $10 billion Webb to launch in March, 2021, although a recent Government Accountability Office report says there is only a 12 percent chance of meeting this time frame. In the meantime, Werner says astronomers will continue to probe Spitzer’s vast repository of data to learn more about the multitude of stars, planets, and galaxies that it observed over the past 16 years. Spitzer may be dead, but its scientific legacy will live on.

The post RIP Spitzer, the Coolest Heat Telescope in the Solar System appeared first on SuccessDigest.