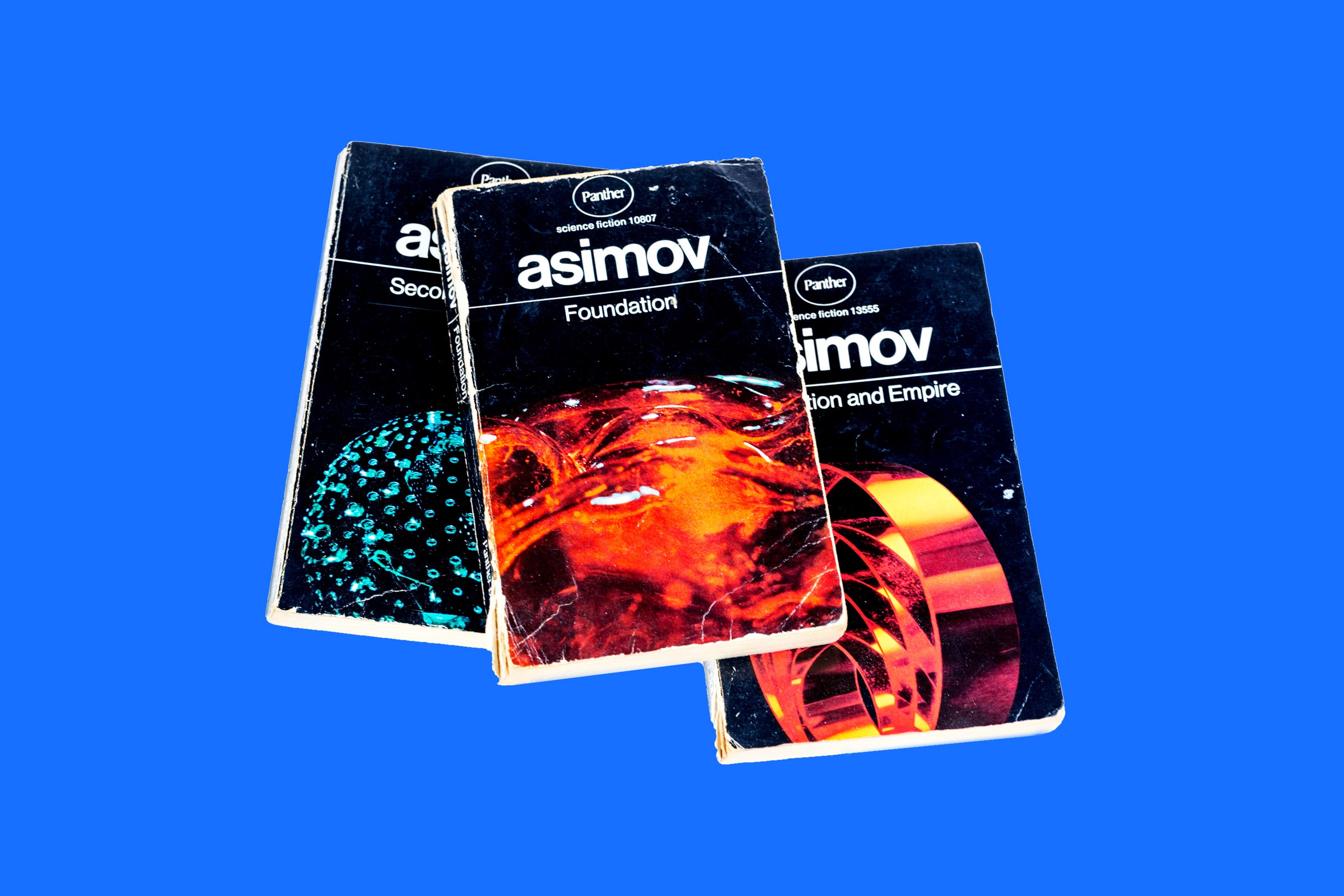 The Covid-19 pandemic all but halted Hollywood. Production on most movies and television shows (except for a handful of animated programs) became too risky, and ceased. It’s only in the last few weeks that organizations like SAG-AFTRA and the Directors Guild of America have begun publishing guidelines for how cast and crew members might safely return to work. In this lull, however, studios are still cobbling together their stockpiled footage and releasing tantalizing trailers for upcoming projects. The most recent to ricochet around the internet? A first look at Apple TV+’s adaptation of Isaac Asimov’s beloved Foundation series.

Even if you’ve never read the Asimov novels, which were first published in the 1950s, every science fiction fan has felt their influence, especially in genre classics like Star Wars. Much of the plot concerns the fall of a certain Galactic Empire (ahem), and a desperate, surprisingly math-heavy attempt to save human civilization from a vast, bleak dark age. Apple’s adaptation, which is due to hit the tech giant’s streaming platform sometime in 2021, features stars like Jared Harris (Chernobyl) and Lee Pace (Halt and Catch Fire) and, based on the first teaser, looks epic. One of the people behind that epic-ness is Leigh Dana Jackson, Foundation’s co-executive producer. He can’t talk much about his new show yet, but WIRED still picked his brain about Asimov, Covid-19, and genre fiction’s unique capacity to capture revolution.

Adaptation Is All About Balance

Jackson is a man of many sci-fi bona fides (among them Netflix’s superhero show Raising Dion, on which he was an executive producer), but he didn’t arrive in the Foundation writers’ room as an Asimov stan. He thinks that’s a good thing. “When you’re adapting things you’re taking them into different places, stretching, and compressing. The best rooms are a mix of people who understand genre and people who aren’t genre people, people who love superheroes and people who love father-and-sons or mother-and-daughter stories. It’s the showrunner’s job to coalesce those points of view into something cohesive,” he says. “[Executive producer] David Goyer loved and grew up on that book, so the things that are core and central to the book are very much baked into the series: the psychohistory and math and the future of the universe. As someone who didn’t grow up reading Asimov, I didn’t have any investment in whether this character spoke a certain way, which meant I was focused on getting [the show] from one emotional place to another emotional place. You always want that mix, or you’ll get no new point of view.”

Asimov’s Foundation series is sprawling, and the television adaptation is no different. “Foundation is by far the biggest, most expansive thing I’ve ever worked on. It’s shot in three countries, none of which is the US, and by the time Season 1 is done, we will have shot in five countries,” Jackson says. “It’s fitting that the production has that scope. It’s a story that spans 1,000 years.” Giant, expensive, multi-location science fiction shows aren’t always studio darlings, especially during periods of economic uncertainty—looking at you, Sense8—but, according to Jackson, Apple has been extremely supportive of the project’s scale. “It’s so different from when I was working in broadcast productions. If you say, ‘Hey, we need three more weeks,’ that’s a much longer conversation. With Apple it’s, ‘OK, let us know when you’ll be back.’ If we said production needs to move to a different country because we found a cool location, they say, ‘OK, let’s see how we can make it work with the budget.’ It’s amazing.”

In Hollywood, Covid-19 Is a Personal and Professional Tragedy

Foundation suspended production back in March due to the Covid-19 pandemic. “As a writer in Hollywood, I am incredibly lucky because I can still do my job from home,” Jackson says. “Most people, the thing they did got shut down. Production went away because it’s not safe and that’s horrible, and that’s most of us. I’m heartbroken that we can’t do our jobs until the federal government decides that they want to trust scientists and protect us all. We are an industry that has been really hard hit. We lost a crewmember on my show [Raising Dion] in Atlanta, and one of our stylists. We are all personally impacted.” Jackson is hopeful that production on Foundation will resume sooner than later. “Our main stages are in Europe, in countries that are super safe at the moment,” he says.

Jackson is a black man. He thinks of Covid-19 as just one of two pandemics currently ravaging society and his industry. “The first time a cop threw me up against a car for nothing, I was 14 years old walking to my super elite, super expensive prep school,” he says. “The only difference now is we have cellphone cameras and white people can see exactly what happens over and over and over again. You can see those stories we have been screaming about for decades put into a context they can understand.” It’s a strange way for filmmaking to be making an impact, and Jackson can’t quite bring himself to hope that progress won’t stall again.

Genre Fiction Has Always Been Revolutionary

That’s not to say Jackson is a cynic. He sees genre fiction like Foundation or Raising Dion as an opportunity to explore real-life ideas and injustices, and he always has. “I grew up on the Chris Claremont and John Byrne run of X-Men. I was a little kid reading superhero stories where one leader was explicitly a metaphor for MLK and the other was explicitly Malcolm X. That was my introduction to genre, and that was a much cooler way of understanding those concepts than watching the news,” he says. “It’s only recently that I’ve noticed these Gamergate reactionary cis-het-white dude bros saying you can’t be brown or a woman in genre. That’s a new thing for me. The idea of genre as a space to express these things was intrinsic. The idea of genre as an expression of revolutionary thought existed my whole life.”

The post The Producer of ‘Foundation’ on Asimov, Covid-19, and Race in Sci-Fi appeared first on SuccessDigest.