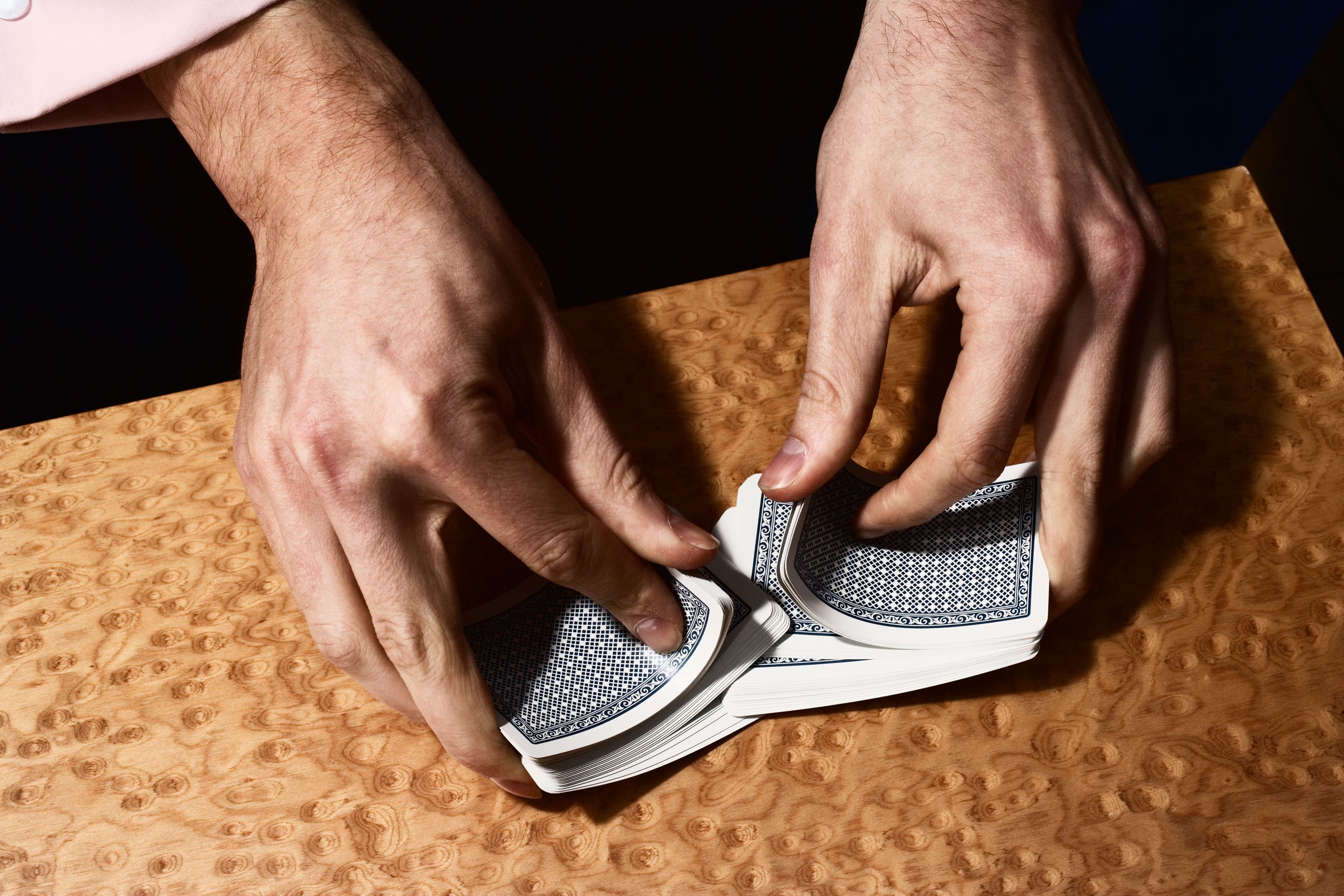 Pick a card, any card. It’s a staple of traditional magic tricks. But if you choose the three of diamonds, chances are you may have been “primed” by the magician to pick that card without even being aware of it. That’s because certain subtle verbal and gestural cues can unconsciously influence decision-making, according to a recent paper in the Proceedings of the National Academy of Sciences (PNAS).

There is a certain degree of well-founded skepticism surrounding studies of visual or verbal priming. There was, for instance, a famous “experiment” in 1957 by a market researcher named James McDonald Vicary, involving subliminal advertising. Vicary claimed to have conducted an experiment in which some 45,000 people attending screenings of the film Picnic at a Fort Lee, New Jersey, theater were repeatedly shown brief ads (“Drink Coca-cola” or “Hungry? Eat popcorn”) lasting just 1/3,000th of a second during the film—thanks to a tachistoscope Vicary said he installed in the projection booth. He reported an 18.1 percent increase in sales of Coca-Cola and a startling 57.8 percent increase in popcorn sales as a result.

The concept of subliminal advertising subsequently spread like wildfire, featuring in a 1973 episode of Columbo and even prompting the CIA to issue a cautionary report. There was just one problem: Vicary was a fraud. Nobody was ever able to reproduce those results—including Vicary himself—and Vicary eventually admitted he had falsified his data, and the story had been a gimmick to prop up his struggling marketing business. It’s possible he never even conducted the original experiment.

While more recent, non-fraudulent studies have suggested that priming can influence people’s choices, those studies have limitations. For instance, the choices subjects can make are usually limited to two or three options, and the experiments are generally done in a tightly controlled laboratory setting, rather than a more natural real-world environment. But there is substantial anecdotal evidence that the forcing techniques used by magicians are effective; it just hadn’t been studied scientifically. And unlike typical free choice paradigms tested in labs, such techniques are subtly integrated into performances.

Alice Pailhès, a psychologist at Goldsmiths University of London and co-author of the PNAS paper, is well aware of the checkered history and longstanding difficulty in replicating social psychology experiments on priming effects. But she feels confident in the use of magicians’ techniques in her own work on how unconscious factors can influence choice, since they rely on tightly controlled scripts and actions, while still being embedded in a natural, conversational environment. She started implementing magic tricks while still a graduate student in France. “I love magic, and I quickly realized that magicians are the best to influence choices,” she told Ars.

Pailhès found inspiration for her most recent research in British illusionist Derren Brown. Brown uses mental priming and forcing techniques (among other tools) involving verbal and visual cues in his performances—prompting someone, for instance, to think of the three of diamonds card. (Apparently the three of diamonds is an unlikely card for people to randomly choose from a 52-card deck.)

To prime the audience member to think of the number 3, Brown asks them to imagine the “little numbers down in the corner of the card and in the top.” As he does so, he rapidly draws threes in the air, as if on an imaginary card, with his index finger. Finally, he asks the spectator to imagine the “things in the middle of the card, the boom, boom, boom, the suits” while pointing to three imaginary symbols in the air. The entire priming exercise lasts just 15 seconds.

The post The Sly Psychology Behind Magicians’ Card Tricks appeared first on SuccessDigest.