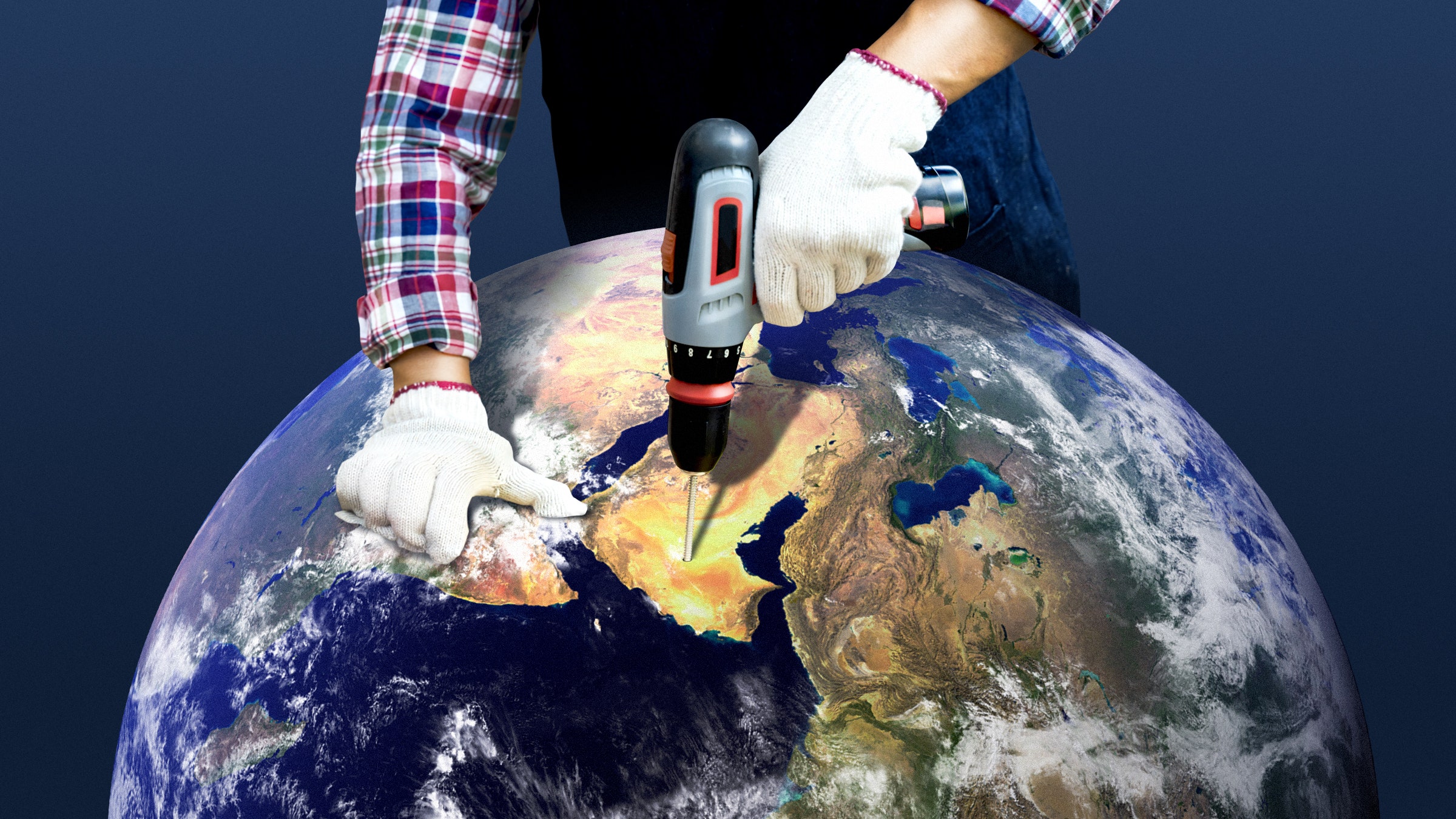 There’s treasure buried deep beneath the viridescent foothills of Tuscany’s Apennine Mountains, where the stark metal trusses of the Venelle-2 drilling tower mark its location like an X on a map. This geothermal well reaches nearly two miles beneath the surface to a region where temperatures and pressures are so high that rock begins to bend. Here, conditions are ripe for supercritical geothermal fluids, mineral-rich water that exhibits characteristics of both a liquid and a gas. It’s not exactly gold, but if Venelle-2 could tap into a reservoir of supercritical fluids and use them to spin a turbine on the surface, it would be one of the most energy-dense forms of renewable power in the world.

But getting there isn’t so easy. Boring deep into the Earth risks triggering an earthquake if a large chunk of rock slips out of place. This risk was amplified at the Venelle-2 well, which aimed to breach the K horizon, a poorly understood boundary between the hard rock near the surface and the more pliant rock below. What would happen when the drill punched through this layer into the supercritical fluids below was anyone’s guess.

And for now, the mystery remains. Drilling at Venelle-2 stopped just shy of the K horizon when temperatures at the bottom of the well overwhelmed the equipment. Sensors at the bottom of the well indicated temperatures had breached 1,000 degrees Fahrenheit and pressures 300 times greater than at the surface. Nevertheless, Venelle-2 is the hottest borehole ever created, and demonstrated that it was possible to drill at the extreme end of supercritical conditions. And this week, a paper published in the Journal of Geophysical Research showed that it could be done without producing any major seismic activity.

The authors say they hope their study will assuage fears that all geothermal drilling causes earthquakes. After all, the public usually only hears about geothermal wells when something goes wrong. But Venelle-2 shows that “there are also many positive cases of wells drilled for geothermal purposes,” says Riccardo Minetto, a researcher at the University of Geneva and co-author of the study.

The Venelle-2 well is one of many boreholes that puncture the landscape of the Larderello-Travale geothermal field in central Italy, the same spot where the Earth’s heat was first used to generate electricity. That first experiment back in 1904 only produced enough to power for five light bulbs, but today Larderello-Travale produces about 10 percent of the world’s geothermal electricity. In 2015, a consortium of European energy companies and research institutes launched the Descramble project to see if even more energy could be extracted from the geothermal field. The plan was to tap into reservoirs of supercritical fluids deep beneath the surface. If the energy dense fluids could be extracted from a well, it would be another historic first for Larderello-Travale.

The Descramble team started drilling Venelle-2 right around the time the Iceland Deep Drilling Project discovered supercritical fluids. They used hardened drilling technology to penetrate regions far hotter than any other geothermal well. But after six months of drilling, they were forced to stop just a few hundred feet shy of their goal. Temperatures at the bottom of the borehole were nearly 200 degrees hotter than what was encountered in the Icelandic well; too hot to safely continue.